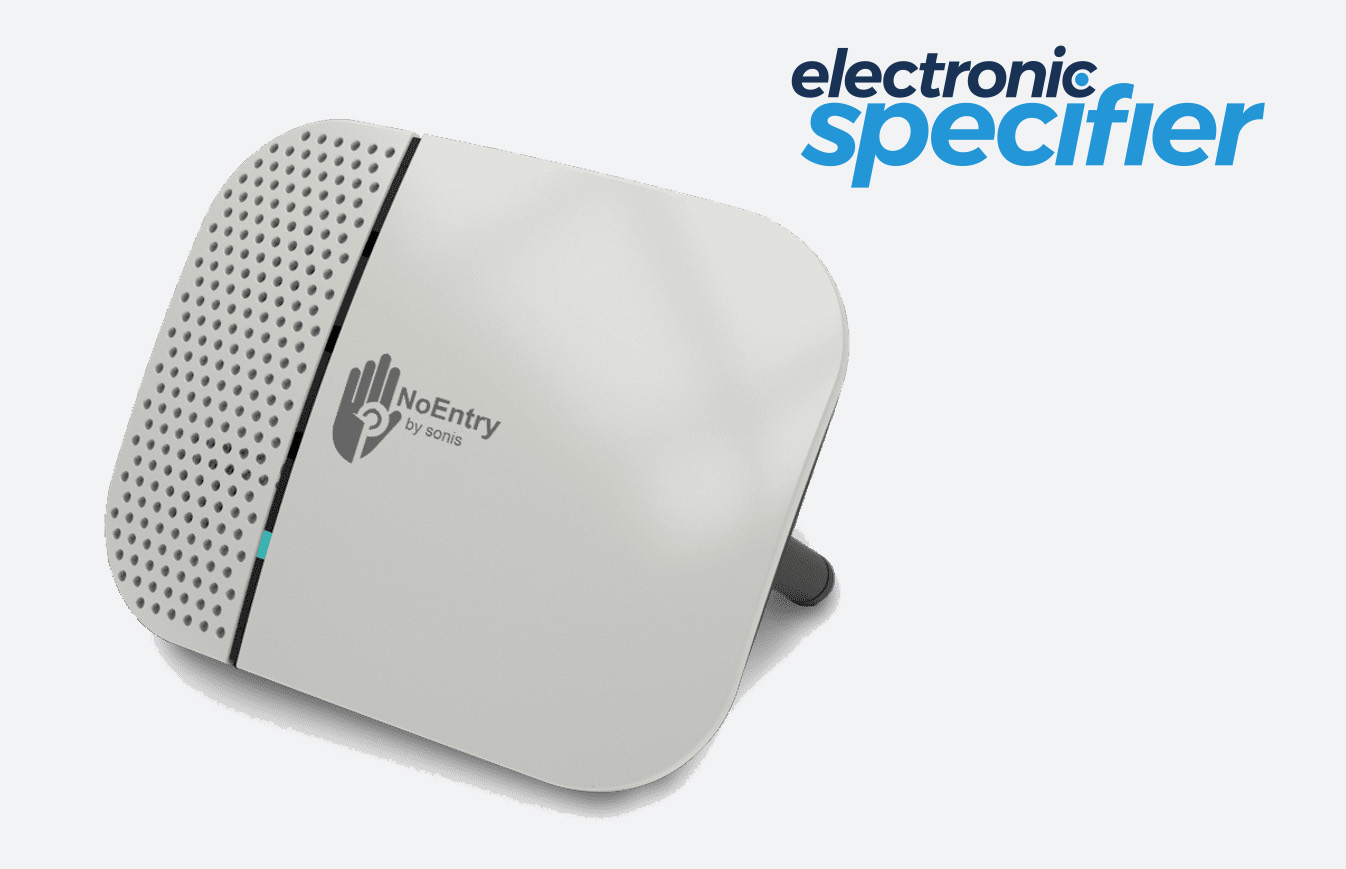 Safe and secure. These are two things that everyone should be able to feel – whether it’s at home or at work. Despite burglaries declining in recent years, a report from Statista reveals there were still over 250,000 recorded police instances of burglaries in England and Wales during 2021/2022, and over 1,600 in Scotland for the same period.

Bill started his career in the simulation division of an electronics company, looking at an area of technology called ‘sound signature’. From there, he has worked in aerospace and defence, and business and commercial industries, until eventually he began working in security, which he notes was “a growth industry, but very staid. It always used motion, door and window sensors.”

It is certainly set to turn the world of security on its head.

How simple is it to set-up and operate?

It’s very simple. It is installed in less than five-minutes, in fact you can set it up with a key fob within 25 seconds. You then download the Smart App which takes about a minute and a half.

Button one of the key fob programmes it uniquely into your unit. It’s then in a ready to arm position. Button two will arm it, and then you’re protected. You don’t have to do anything else. [But if you lose your key fob] you can arm and disarm the unit via your Smart App. We are also looking at being able to do this via your GSM (Global System for Mobile Communications) unit as well, in case your network is down.

[If you do have an intruder] It will notify whoever’s signed up on the app. You can sign up more than one mobile number, and it will notify each one until it gets a reply.

How does the product differentiate itself from others on the market?

It’s a single palm size unit that doesn’t require any motion sensors or magnetic sensors. It will cover all doors and windows as well as conservatories and integral garages within your property, and it’ll activate before the intruder enters.

The signature lens is around 350 milliseconds. A door would only need to open a fraction, and the unit arms … It’s [also] portable, which is good for the rental market. It gives people security because they don’t have to leave it when they leave or change property.

And of course, most importantly, it’s pet friendly. Because it’s just looking at doors and windows, your pets can roam free.

What kind of sensor do you use?

We’re using a MEMS mike (Micro-electromechanical system) … MEMS gives us stability down at the frequency level – just above air pressure.

It listens for the opening of a door or window. Everything else it will ignore.

We have Wi-Fi communication onboard. And if you have a power interruption, we’ve also got GSM (Global System for Mobile Communications).

Is it able to connect to other devices?

We’re aiming to connect up to four cameras, smoke detectors, heat detectors, CO detection and lighting … It uses a QR code for adding devices to the main app.

Is there a maximum range the alarm can cover?

The wonderful thing about low frequency is it starts at Zone A, and when it reaches Zone B it hasn’t lost any of its strength.

We tested it on a range of 2400 square feet [which is the equivalent to] a standard four-bedroom detached villa with integral garage. But, if your house is open plan, for example, it may go further because there’s no signal interference.

How long is the unit expected to last?

[It is recommended that] you change its onboard battery every three years. We sell those batteries, and they’re very simple … You go back to the key fob set-up procedure, which only takes 25 seconds.

No other maintenance is needed at all. If you look after it, the unit will last 10 years.

One of our objectives was to design something that was all encompassing, and that people could afford. We didn’t want [price] to be something that was going to put people off. So, we’ve tried to put the price at the level we thought everybody would welcome.

We worked on something called adaptive capture. If you have a badly fitting door or window that’s not activating, you can go on adaptive capture and the unit will learn that particular signature.

In the Caravan market we will use our adaptive capture development to capture the unique signature from your caravan’s doors and windows tailoring the system to your caravan.

This can also be used in Motorhome and the Haulage industries.

[With NoEntry] you’ve always got the means to cover your whole property.