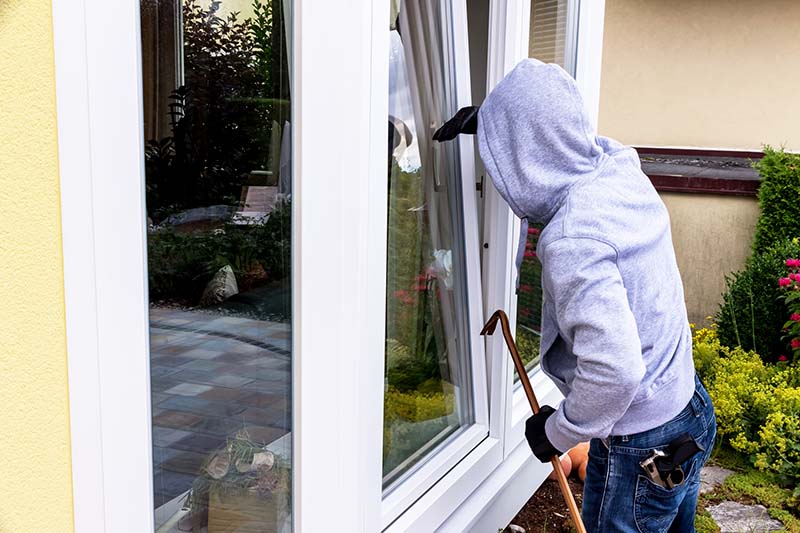 The Office for National Statistics recently released its figures for crime in the UK for the year ending September 2021, and the numbers make for sobering reading, especially when you consider the effect of lockdown.

Although the figures show that there has been a drop in burglaries from the previous year, there were still 267,000 recorded in 2021, despite the country being in a nationwide lockdown when most people were working from home.

This highlights some interesting statistics about house burglaries in general.

Putting this into perspective, a burglary takes place every 106 seconds, often while the residents are still at home. Sometimes homeowners are oblivious to what’s going on and only notice when they see that a room has been ransacked and the car stolen; other times, it can be far more dangerous if they disturb the intruders.

We’ve all seen movies where burglars are planning to gain access to a building by studying maps, access routes, locks, cameras and spending days understanding all the locks they need to pick. Eventually, they cause a distraction somewhere and enter the victim’s property by abseiling in through a skylight or crawling through ducting via a discovered weak point.

Real-life, however, is a little different to Hollywood.

For example, 58% of burglars enter a property through the front door and in 1 out of 7 of those cases, the door is unlocked. Even when locked, the lock is forced in one-third of all cases.

Also, 47% of these crimes aren’t planned; they’re opportunistic. For example, a burglar could be walking past a house and notice that it’s insecure. A window or door could look like easy access, and there’s nobody about, so they decide to take a chance.

So what can homeowners do?

Alarms reduce the likelihood of crime

Houses without an alarm are 300% more likely to be burgled than those with an alarm, so it makes sense to get one fitted, so why don’t people bother, and even when fitted, why do so many people leave them disarmed?

Well, the main problem is the complexity of systems these days. In many cases, it takes a qualified engineer to properly fit an alarm system with disruption while cables are run and sensors installed. Even the latest generation of wireless alarm systems are difficult to configure to the point where, even when eventually installed, they are often left unarmed.

But let’s take the scenario where a burglar enters the house when someone is in; how do modern alarms deal with that?

A burglar can often break in within 60 seconds, which means they have plenty of time to get away with your valuables before the alarm is triggered.

Protecting your home should be easy, and we believe it now can be with the NoEntry alarm system.

Requiring no PIRs, no sensors, and with an easy 5-minute setup, it’s the simplest way to protect your home.

Press the button on your fob to arm it, and you’re protected.